Dependable and reliable results,
that you can see

Tolerant to interference, dynamically reorganizes, and can coexist with other networks

Self organizing and self healing, reconfigures itself to any physical environment changes 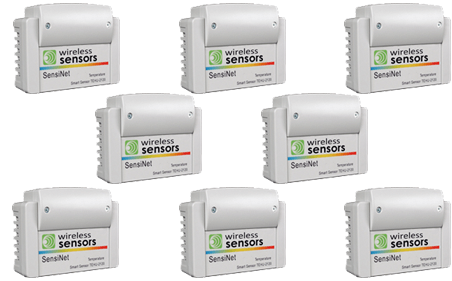 Traditionally, wireless networks are based on a star topology in which all nodes communicate directly with the network master, and therefore must be within direct communication range of the master. If end-to-end transmission times are critical, this can be an advantage considering that with every hop a packet traverses, some latency is added. However, star topologies lack both the fault-tolerance required for harsh industrial environments, and the ability to expand the distance of the network in large buildings or outdoor areas.

For all but the most latency-sensitive applications, mesh topologies are widely viewed as superior. In a mesh topology, data can be forwarded from node to node until the intended final destination is reached. If individual transmission segments are temporarily unavailable, data can be re-routed to an alternate path. This allows the creation of redundant wireless device networks with the ability to self-recover from single points of failure, which considerably increases overall reliability.

Using so-called hybrid topologies - the combination of star and mesh - users can capitalize on the simplicity of the star topology while maintaining the flexibility and resilience of the mesh approach. SensiNet utilizes powered infrastructure devices (Mesh Routers) which are constantly available to handle network traffic. This network architecture provides the advantage of interrupt based messaging, meaning the network can immediately deliver traffic since routing elements are always available, unlike "full mesh" systems which are only available for message handling when the network is "assigned" to wake up. This architecture also eliminates the tendency of full mesh networks to collapse if a critical node loses battery power due to heavy traffic and hence high battery drain.