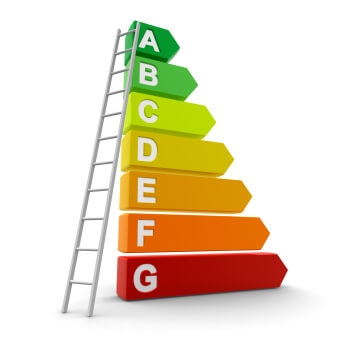 In a market characterized by great fragmentation, it is crucial that users carefully evaluate which wireless technology best suits their needs. Although Wireless Sensor Networks (WSNs) have collectively garnered much attention, differences in technologies and respective implementations from different vendors are quite significant. Many systems on the market today are silo solutions that, although compelling for specific applications, aren’t suited for all situations. Wireless Sensors has recognized this shortcoming, and therefore architected a framework to provide broader applicability and to keep pace with technology evolution as the industry continues to grow.

Our RF technology relies on the proven IEEE 802.15.4 physical layer and MAC. IEEE 802.15.4 is specifically designed for low power, low data rate and low-cost wireless sensor communication, unlike WiFi (IEEE 802.11.X) and Bluetooth, which provide high data throughput at the expense of high power consumption (WiFi) or short range (Bluetooth). The IEEE standard was developed with battery operated sensor networks in mind and it remains the premier choice for these networks due to the many attributes designed into the standard. 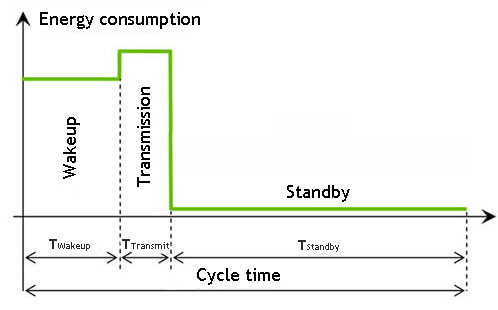 Extended operation on battery power or the use of energy scavenging is a key requirement in the deployment of wireless sensor networks. Wireless Sensors use of the IEEE 802.15.4 radio standard, leverages the inherent power efficiency of these radios, and further optimized by a power efficient protocol and low power microelectronics, makes multi-year battery operation of Smart Sensors a reality. The devices operate in a "sleep mode" the vast majority of their lives and wake up for a few milliseconds on a field selectable interval to communicate data.

The self-organizing and self-healing properties provide maximum fault tolerance and deployment flexibility. Sensor nodes establish connections and transmission paths by themselves, and are capable of multi-hop routing for formation of arbitrary topologies and bridging of extended distances. 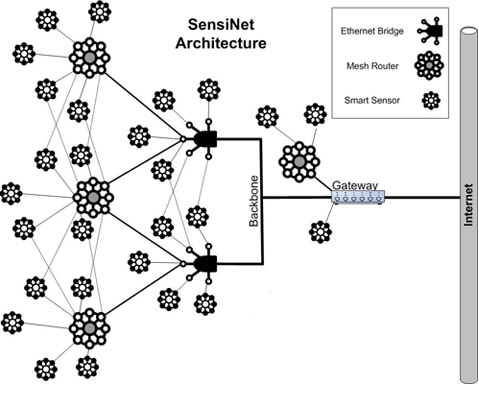 For maximum reliability, Wireless Sensors networks employ automatic retries, acknowledgements, and a channel hopping scheme. In addition, requests to join made by new nodes can be authenticated via access control lists so that only known and legitimate nodes are granted access, based on their unique MAC address.